The Gift of Getting Stuck 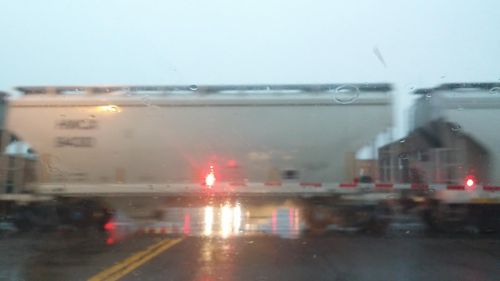 When was the last time you got stuck?

For me, it was last Thursday morning: Leo and I dropped Zoe off at school on the north side of town and made our way south on Armstrong Boulevard to drop him off on the south side. We were running late (even later than usual), and so we ended up on the north side of the train tracks when the crossing gate came down.

Usually, when something like this happens, I can feel my blood pressure rise. My heart beats faster and I stare down the clock, calculating what the delay will mean for the rest of my day. But this morning, even though we were late, we didn’t really need to be on time. Leo didn’t have preschool and I didn’t have an early meeting. We still needed to get where we were going, but not urgently.

So, I listened to the sound of the rain beating down on the car and the train thundering down the track. I watched the glow of the signal lights and the beading of the raindrops on my windshield. I chatted with Leo (who, as we know, loves trains) and soaked up his joy and wonder. In short, I enjoyed being stuck. 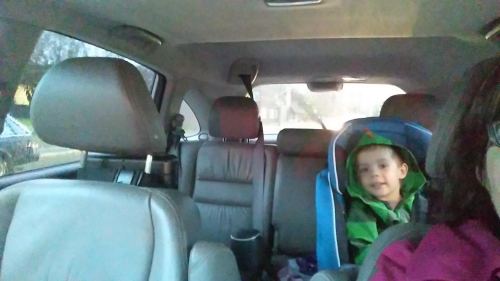 What difference would it have made if I’d reacted the way I usually do? If I’d tapped my foot, clenched my fists around the steering wheel, stared daggers at the clock? Would the train have gone faster? Would it have reversed direction and let me dart across the tracks ahead of it?

Of course not. I would have spent exactly the same amount of time waiting. The only difference would be the way I spent it—fussing and fuming instead of sharing a moment of joy with my son.

I will get stuck again. On the wrong side of the tracks, or behind the milk delivery truck at school, or in the middle of a tricky situation I don’t immediately know how to resolve. You will get stuck, too. When we do, let’s try to remember: to breathe deeply, to listen and look, to open ourselves up to whatever that moment of “stuckness” may bring.

What has surprised you lately?

A version of this post appeared in, of all places, the October newsletter for First Lutheran Church.

Filed under Thankful Hearts, Your Moment of Leo

3 responses to “The Gift of Getting Stuck”