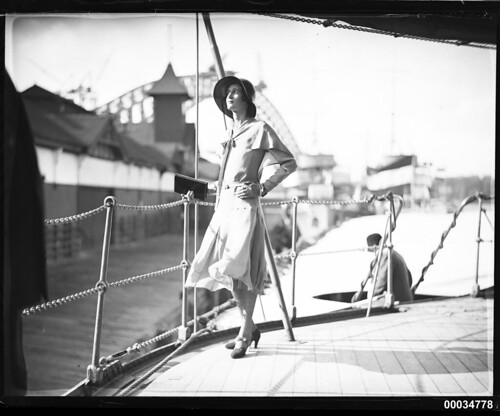 It has been a while!

I have excuses. So many excuses to offer you for my failure to post.

However, since none of these (really, very good) excuses are actually very interesting, let’s just skip ahead to the part where we’re back in the swing of things. It will be like Monday night’s dinner:

Usually, I cook something, Leo rejects it, and I give Leo a bowl of cereal. Since it was just the two of us eating at home last night, I skipped steps one and two (cooking and rejection) and went right to step three (cereal for dinner). Leo still didn’t eat very much, but we saved a lot of time and effort. I’m calling it a win.

So. Mike and I took a trip to Chicago over the weekend. I attended Why Christian 2016; Mike explored the city and enjoyed Quiet Alone Time; and we went to opening night of Das Rheingold at the Lyric Opera of Chicago. It was an incredible few days of learning, listening, worshiping, reflecting, and just being together. We had whole conversations where no small child interrupted us. We ate in restaurants without children’s menus and we got to eat our food while it was hot and drink our drinks before the ice melted. You get the idea.

There are many standout moments from the weekend. Here is one: END_OF_DOCUMENT_TOKEN_TO_BE_REPLACED

When I turned ten, my mother took me out for a Ladies’ Lunch. It was Very Special and Very Fancy. (Pro Tip: Capitalization Makes It So.) It may also have been at the mall, but give me a break: I was only ten.

The big deal about ten, of course, was simply this: Double Digits.

Today, Mike and I have reached the Double Digits of being married. I am thrilled to celebrate this milestone, while also a little stunned that we are already here. In honor of this Double Digit anniversary, we are enjoying two nights at the Konsbruck Hotel in nearby St. Peter. We are small town folks with small kids (and a small budget), so this feels Very Special and Very Fancy to us.

I don’t know if I can better express my love and appreciation for Mike than I did in this Very Romantic post about puke. And I’m sure I don’t have better advice for a happy marriage than Jane’s mom’s mom.

But, as a bishop once said at a forum I attended in seminary, “Everything has been said but not everyone has said it.” (Pro Tip: That was one self-aware bishop. Although, he did go on to say more or less what others had already said.)

In that spirit, here are ten things I’ve gained in my ten years of being married: END_OF_DOCUMENT_TOKEN_TO_BE_REPLACED

Filed under All in the Family, Thankful Hearts

Two things I love: Halloween and the public domain photos on Flickr.

Put them together, and what do you get?  Bippity, boppity, BOO:

If I were a different sort of person, I would totally send this card to all my unmarried friends.  (Halloween Greeting, ladies!)

Instead, I will use my powers for good.  Did you know, friends, that on Halloween night you can see your future husband’s face in the mirror?  All you do is this:

Retire into a dark room with a lighted candle. Place the candle in front of a mirror and gaze into the glass. At the same time, you must be eating an apple or combing your hair. After a few moments it is said that the face of your future husband will appear over your shoulder.  (NOT FOR THE FAINT OF HEART)

So, single ladies and gentlemen, that’s your Halloween activity all lined up.

Coupled ladies and gentlemen, please return to pondering whether a couples’ costume is adorable or not.

Enjoy the other postcards in the series, then tell us your spookiest mirror story!

Never Had I Ever: Fallen More in Love Because of Puke

When I was eighteen years old, I read Good Advice for Would-Be Lovers, Others in my hometown newspaper and immediately cut out the advice I liked best:

Look for a man who cries during happy movies, writes his own name on cards you send, has you model all the new clothes you buy, slow dances, will bring you a coke at 2 a.m., holds hands, likes to kiss, catches your eye at a party and winks, will help you dye your hair, whose favorite saying is, “It doesn’t get much better than this.”

Fourteen years later, I still think it’s pretty good.  The person this advice describes is open and invested, willing to make sacrifices for the one he loves.  (Needless to say, those are great qualities for a man or a woman.)

The boy for me, it turns out, played the tuba in high school.  And maybe he is a relatively Quiet Boy, but he’s one who is open and invested and willing to make sacrifices for people he loves.

It’s true.  It turns out that Mike does just about everything on the list I cut out of the newspaper when I was eighteen.

I mean, I have never asked  him to help dye my hair (Pro Tip: because I have never dyed it), but the things he did for me during and after childbirth . . . let’s just say, hair dyeing and coke getting do not come remotely close.

And then we became parents, and he rocks that, too.

So, inspired by a recent Epic Preschool Puke Clean Up in which Mike’s heroic efforts made me fall even more in love with him, I give you . . . Good Advice for Would-Be Parents, Others:

Look for a person who laughs during crazy tantrums, changes dirty diapers without being asked, has you show him all the great garage sale items you buy, reads bedtime stories, will clean up the puke at 2 a.m., holds diaper bags, likes to snuggle, tosses your child up in the air and catches her over and over, will put together all the new toys, whose favorite saying is, “Listen to your mother.”

What advice would you give would-be lovers / parents / friends?

Filed under Never Had I Ever